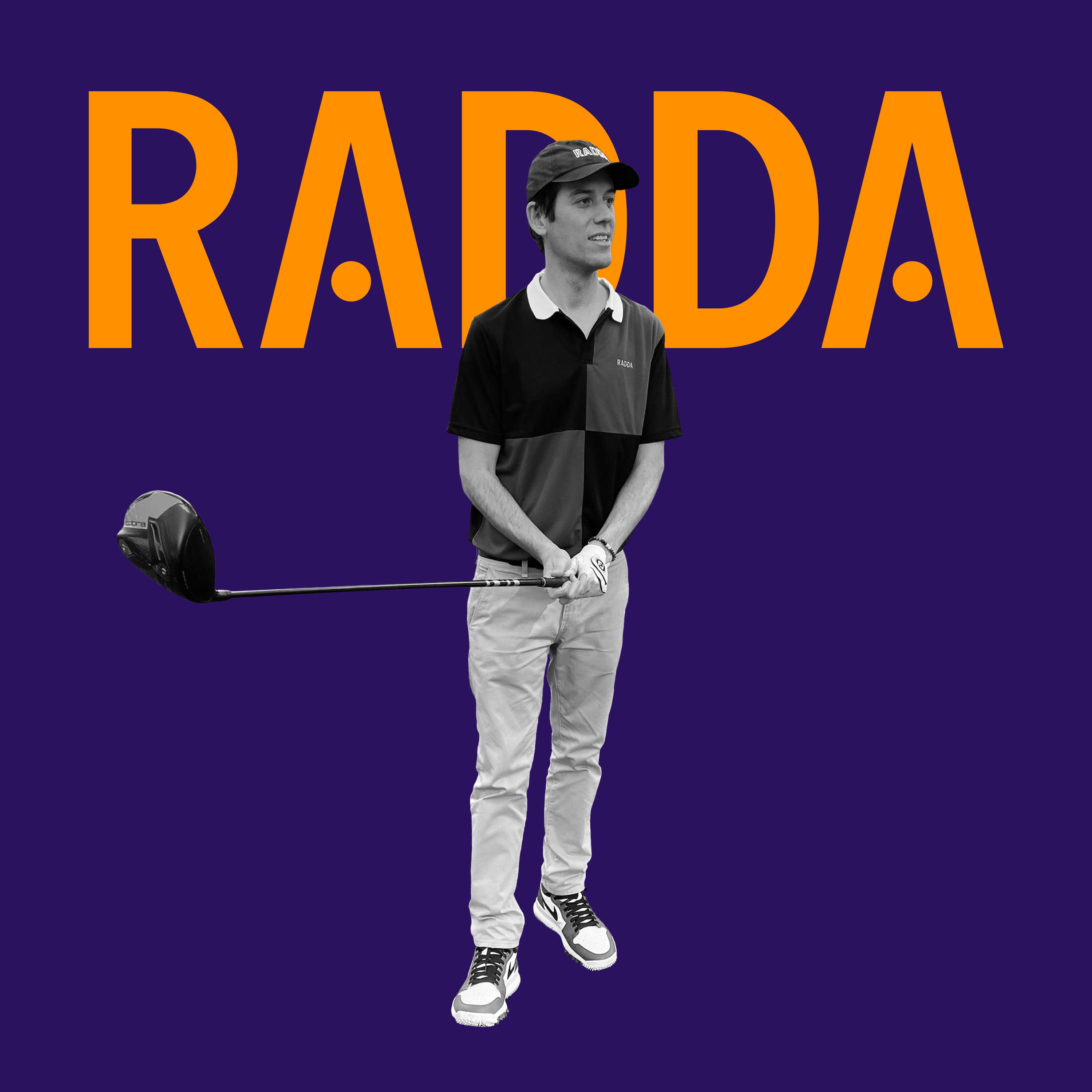 Ben Lyons is a Television, Radio, and Online host and producer from New York City. Based in Los Angeles, Ben is a Sports Culture Reporter for CBS, was a Chief Correspondent at The Players Tribune and is a ESPN Radio Host and Contributor. Ben talks with us about Tigers influence on him, what it means to be a golfer and why he'll never play in jeans.

Age: I’m trying to shoot it on the front 9

You grew up in Manhattan, not an easy place to pick up the game of golf. When and how did you discover the game?

BL - Tiger was a big reason. I was the perfect age when he came on the scene and his whole phenomenon got me and all my friends hooked. Tom Watson wrote a book too that helped me learn the basics, that I still read often. My Grandfather “Sarge” would play with me in the summers and push me get better. My friends and I had to play outside of Manhattan really, so we played in Arizona when our baseball team went out there for Spring Training, and we played in the Bronx at Van Cortland Park where a guy lived in a cave in the woods off the 2nd hole cooking pigeons (true story).We played all over Long Island including “Island’s End” and we would play the country clubs in the Hamptons where kids we knew in the city belonged with their families. We would drive up to Vermont and play Sugarbush in August and take the train to Brooklyn and play Dyker Beach and find a friend with a car to drive us to New Jersey and basically we just tried to play any and everywhere we could get on.My friends Sasso, T. Kid, and Momo. That was my crew and we all still play together to this day. I remember we were instantly hooked once we all finally picked up clubs...and I’ve been kicking their asses ever since. Ask them, they’ll tell you.

BL - Because I can’t NOT play. If there are stretches in my life where I’m not playing consistently and can’t find the time or a way to make it a priority, than I notice I get depressed or frustrated with little things in my life that shouldn’t bother me. As frustrating as the game can be at times, it provides me with clarity and a strong sense of inner peace. It has a powerful grasp on my soul in ways that I don’t think I can even truly understand let alone articulate.

There’s a palpable cultural sea-change happening in golf. What does it mean to you to be a golfer?

BL - To be a “golfer”means that you accept the challenge that is life and take it head on. You’ve been humbled, but you continue to dream big. The wave of golf is a beautiful ride you just have to catch it...Golf offers such a diverse spectrum of experiences.

What are you most drawn to when you’re deciding where to play 18?

BL - I’ll be the first to admit that I’m spoiled these days and want the course to be top shelf through and through. Sometimes it‘s fun to play somewhere shitty with your friends but that doesn’t really count. When I’m playing FOR REAL, trying to get better, competing, chasing that ever elusive “perfect” round, then I want the best of the best.Golf fashion is changing drastically.

I’ve seen you teeing off in a pair of Chicago Jordan 1’s. What are you excited to see develop in golf fashion?

BL - I love the blend of the tradition and classic golf look mixed with a more athletic and modern feel. I’ll always play in a collared shirt and I’ll never play in jeans, but I like not having to rock the same 3 brands that every square used to wear on the golf course. I like how clean golf fashion is getting and how it’s moving away from being loud just for the sake of being loud. There’s an understated “chill” that exists around basketball culture and it’s been cool to see that same vibe start to pop up in golf.

We believe fashion helps evolve culture. In golf, the trends are showing a more youthful and trend driven approach to style. What does a modern golf culture look like to you?

BL - Way more relaxed and with a deeper connection to being outside and in nature. The modern golfer wants to support brands they believe in, that are sustainable and are telling a story that’s personal and not only relegated to just playing golf. Now you can play 18, take a shower, and leave the course wearing similar clothes that you played in and not feel like some mannequin...

I’m sure you’ve played some bucket list courses. What course has been the most memorable?

BL - You’re right, I’ve been very lucky to get to play a lot of great tracks over the years, but there’s a course out in Breckenridge, CO that Jack Nicklaus designed that I love that is just spectacular. The air is so thin at 10,000+ feet above elevation that you get an extra club or two that just makes you feel like He-Man when you get a hold of one and watch it fall against the snow capped mountains. It’s unreal and I’ve had a lot of memorable rounds there. I played with the late actor Robert Loggia there when I was in High School once. He hit a big power fade...

We always like to know about memorable pairings. Of all the people you’ve played with, who stands out?

BL - I’ve had some epic battles over the years with Tom Felton. He knows magic in the movies and around the greens. Every time we tee it up it’s a special day. Legendary battles.

If you can change one thing about the game what would it be?

Music in the cart or silence?

Music. Classic rock, reggae and The Roots & Tribe only though...

Layup or go for gold?

WWRMD (What Would Roy McAvoy Do?)

I always play better when I walk.